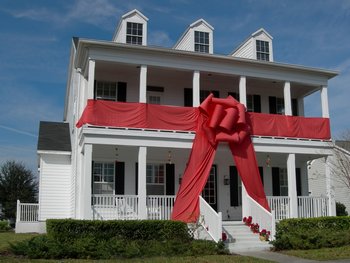 Many people think it’s a good idea to just gift their home to their children. While easy to do, this is a very bad idea. Giving away your home can have huge tax implications for your children, among other problems.

Capital Gains Taxes Are Passed To The Children
Most homeowners realize that when they sell their home, they need to pay capital gains on any increase in value since they purchased the home. Unless the increase was very large, the homeowner can get an exemption against tax for the first $250,000 ($500,000 if married) of gain. This exemption is only available for those who have resided in the home for two of the last five years. So many people are able to sell their primary residence with little or no income tax due.

What most homeowners do not realize is that when a home is gifted to children, the tax issues are also being gifted. The children receive the same tax basis that the parent had. This means that they will also need to recognize tax on any gain since the parent purchased the home. However, since most children these days have their own homes, they cannot claim the primary residence exemption. The result is a mess.

Real-World Disaster: A client came to me because her tax preparer had told her that she owed around $150,000 in income tax. It turns out that her mother had gifted her her home several years earlier as part of a do-it-yourself estate plan. Her parents purchased the home over 50 years earlier for around $30,000. When the mother died, the daughter began renting out the home for many years. She finally decided to sell the home for over $650,000. The result, after all expenses to sell had been deducted, was about $600,000 of taxable gain. that could have been avoided. In effect, the daughter was paying taxes on all the gain in home value since her mother purchased the home!

No Step-Up In Basis
Inherited property does not face the same issues as gifted property. If the property remains in the estate at the time of death, then the property gets a “step-up” in basis equal to the current value. In the case above, if the mother had kept ownership of the home until death, then the daughter would have inherited the property with a much higher tax basis. She would have only recognized gain that occurred since the mother’s death, not since her mother purchased the home.

Asset Protection Issues
Another issue that arises with gifting a home is that the home is vulnerable to any and all financial and legal issues that might arise with the children. The home could be taken away by creditors, bankruptcy, litigation, divorce, or to settle tax issues. The gifting parents, who likely intended to remain in the home, could find themselves evicted and without a home.

Medi-Cal/Long-Term Care Issues
In addition, gifting a house can affect eligibility for Medi-Cal coverage and other long-term care programs. Unfortunately, many seniors, despite a lifetime of working and saving, need long-term care coverage when their health takes a turn for the worse. Medi-Cal regulations mandate a “look-back” period where gifts of property made during that time lead to ineligibility for a number of months based on the total value of the gifts. Before gifting your home, consider speaking with an attorney who can advise you on how to remain eligible while passing on the home.

Trusts Are A Better Tool For Transferring A Home
A trust can achieve the same goals of transferring property to children while avoiding inadvertently transferring a tax burden, exposing the home to the child’s future creditors, or causing ineligibility for programs such as Medi-Cal. In the right circumstances, a trust can also avoid other forms of tax or allow property to be passed to grand children in a protected form. In fact, they are designed to do just that. Unfortunately, too few people take advantage of this fantastic and flexible tool when designing their own estate plan.

If you are considering gifting your home to your heirs, or plan on having your parents gift their home to you, please contact Yeager Law for guidance.

Yeager Law represents clients throughout California, especially in the Antelope Valley areas of Palmdale, Lancaster, and unincorporated areas of North Los Angeles County. We work with clients and their families to provide quality estate planning protection.
Get A FREE $250 Consultation

Fill out the form below and we will get in touch with you shortly.